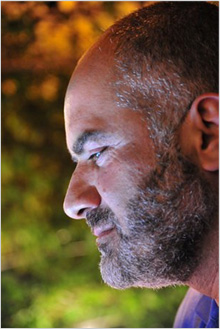 Hares Youssef was born in the small seaside town of Latakia (Syria) in 1964. After acquiring his primary education at 18 years old, he was sent to Ukraine as a military cadet through an intergovernmental agreement between Syria and the U.S.S.R. In 1989 he enrolled to Kiev State University of Economics and simultaneously went into business. In 1995 he established Hares Group Holding — an Austrian company working in sectors of metal trade and manufacturing, real estate and energy. In 1994 he received his degree in Economics and in 1999 defended a Ph.D. thesis at the Institute of World Economy and Foreign Affairs of the National Academy of Science of Ukraine. For active support of the international program «Education for the children in need» Hares Youssef was awarded an honorable title of Grand Patron of UNESCO in December 2005, and in May, 2007 he got the special reward of UNESCO «Piramidi di Mani». Hares Youssef is one of the patron of many charities in Ukraine, notably — International charitable fund “Nove Pokolinnya” (“New Generation”), which provides aid to Ukrainian children-orphans and the largest Ukrainian charitable organization “Ukraine 3000”, chaired by Katherine Yushchenko. In 2007 Hares Youssef was appointed as the Middle East Policy Adviser to the President of Ukraine.

In 2009 he establishes the 40 Foundation in France — to coordinate his charity initiatives. Today Mr. Youssef lives in Paris and devotes most of the time to charity, philosophical and economical research and work on his book.